In this article, Gerasimos Tsourapas provides the first detailed analysis of Greece's foreign policy response to the European migrant crisis, demonstrating the importance of forced displacement in the international politics of EU member states.

EU Engagement with Contested Refugee Returns in Lebanon: The Aftermath of Resilience

While much literature has concentrated on the EU’s policy to return people from within its borders, this article by Tamirace Fakhoury and Nora Stel seeks to understand how the EU cooperates with refugee-hosting states beyond its borders, in its ‘Southern Neighbourhood’, to uphold conditions for voluntary, safe and dignified returns.

This essay by Fiona Adamson and Kelly Greenhill presents the concept of security entanglement, illustrates how it operates, and explores some of its theoretical and practical implications.

What explains immigrant-native gaps in European labor markets: The role of institutions

Co-written by Martin Guzi, Martin Kahanec and Lucia Mýtna Kureková (EUBA), this paper looks at immigrant–native gaps in labor force participation, unemployment, low-skilled employment, and temporary employment and measures the contribution of institutional and policy contexts to the part of these gaps that cannot be explained by immigrant–native differences in characteristics.

The Syrian refugee crisis through the lenses of Turkish political discourses: An analysis of deliberations in the Turkish Parliament

Migration has become highly contentious. Turkey is no exception. Turkey faces even further challenges as the host to the world's largest refugee population, with Syrians as the majority. Fear about loss of control over borders, and its subsequent political, economic, social and cultural repercussions lies at the heart of migration debates. Parliamentary deliberations provide a public venue for airing these concerns. The paper co-written by Samet Apaydın and Meltem Müftüler-Baç (Sabanci University) focuses on Turkish Parliamentary deliberations on the Syrians to assess its issue salience.

Building on the case of displacement from Syria, this article by Tamirace Fakhoury targets the EU’s refugee approach in its ‘neighborhood’ as a site of contention whereby states, rather than being policy borrowers, dispute the EU’s attempt to regulate regions

The perils of refugee rentierism in the post‐2011 Middle East

In this paper, Gerasimos Tsourapas discusses how Middle East states across the Mediterranean have attempted, in some form or another, to secure material and nonmaterial concessions from the European Union (EU) and its member‐states by tying the management of forced migration to their diplomatic issue‐linkage strategies.

Echoing and re-echoing refugee policies in the international system: The Lebanese state and its political imaginary

This article by Tamirace Fakhoury sets out to contribute to the debate on how Arab refugee hosting states, generally regarded as norm recipients and recalcitrant implementers of refugee law, have sought to shape, localize, and reconfigure understandings and practices of asylum.

The governance of Syrian refugees in the Middle East: Lessons from the Jordan and Lebanon Compacts

Relative to their own populations, neighboring Jordan and Lebanon have hosted the most Syrians per capita. While both are small, middle-income, and resource-poor countries, the perception of their respective governance of Syrian refugees has been diametrically different. The main objective of this short intervention by André Bank and Christiane Fröhlich (GIGA)  is to evaluate both the 2016 Jordan Compact and the Lebanon Compact 5 years after their signing and to outline a more reflective potential EU policy approach.

Refugee commodification: the diffusion of refugee rent-seeking in the Global South 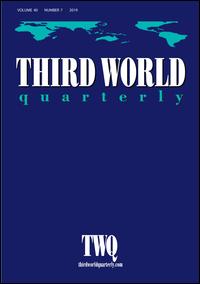 Identity, Belonging and Strategic Citizenship. Considerations About Naturalisation Among Italians and Spaniards Living in the EU

Drawing on 68 in-depth interviews conducted with Italians and Spaniards living in London and Berlin, Iraklis Dimitriadis and Fabio Quassoli argue that an individual’s understanding of naturalisation within the EU context is based on two aspects: on one hand, a strictly pragmatic evaluation of the pros and cons of the new status; on the other, a new sense of belonging as well as new cultural and territorial identifications that intra-EU migrants are not often willing to experience.

Externalization of migration governance, Turkey’s migration regime, and the protection of the European Union’s external borders

A PROMETHEE MCDM Application in Social Inclusion: The Case of Foreign-Born Population in the EU

This paper by Anastasia Blouchoutzi,  Dimitra Manou, and Jason Papathanasiou suggests the integration of a multiple criteria decision analysis method, namely PROMETHEE, for policy making with regard to migrant social exclusion. The authors argue that the method proposed could help policy makers to evaluate the effectiveness of the implemented policies, spot the discrepancies between policies and policy outcomes, and motivate knowledge sharing among the EU member states. The findings include a ten-year comparative list of the EU member states (2010–2019) driven by social inclusion indicators for the foreign-born (non-EU-born) population. The results are rather sensitive to changes in the data utilized but they provide an overall comparative picture of social inclusion policy effectiveness in the EU during the past decade.

Moving beyond the MLG (multi-level governance) approach, this literature review by Iraklis Dimitriadis, Minke Hajer, Elena Fontanari and Maurizio Ambrosini focuses on studies regarding the local level in immigration governance. It considers local policies and administrative practices on the one hand, and the role of multiple civil society actors engaged in the reception of asylum seekers on the other.

This study by Claudia Fry and Mine Islar from LUCSUS takes an in-depth look of Malmö, a city in Sweden which in 2015 became the centre for the Swedish refugee reception and solidarity initiatives and identifies challenges and opportunities of horizontal collaborations to develop the social dimension of city resilience.

The battleground of asylum and immigration policies: a conceptual inquiry

In this article published on Ethnic and Racial Studies, Maurizio Ambrosini (Università degli Studi di Milano) contributes to the debate on asylum and immigration policies by elaborating the concept of “battleground” of asylum (and immigration) policies. 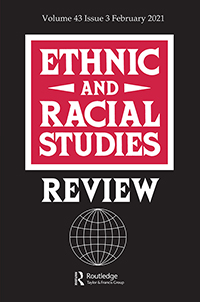 Ján Liďák (College of International and Public Relations Prague) and Radoslav Štefančík (University of Economics Bratislava) aim to explain why, despite the negative attitude of the Slovak political elite to international migration and the stated interest in restrictive migration policy, the number of migrants with the permission to stay in Slovakia is increasing from year to year.

In this article published on Cultures & Conflits, Shoshana Fine (ESPOL) reflects on “symbolic rewards” and governing migration between Turkey and the EU. 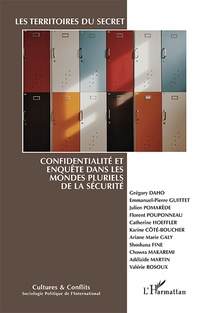 “Working there is amazing, but life here is better”: Imaginaries of onward migration destinations among Albanian migrant construction workers in Italy and Greece

In this chapter of the book “Migration at Work“, Iraklis Dimitriadis (Università degli Studi di Milano) explores how subjective representations of work or life-related subjects may induce desires to leave the initial destination, or decisions for staying put. The chapter concludes that the analysis of imaginaries can inform on the motivations for onward migration. 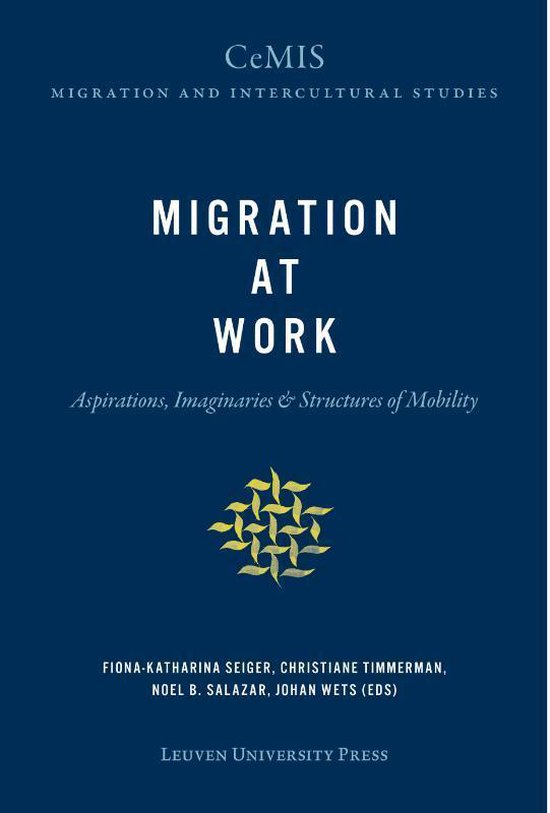 Beyond ideology – a comparative analysis of how local governance can expand national integration policy: the case of Syrian refugees in Istanbul

In this pager published on the Journal of Ethnic and Migration Studies, Basak Yavçan (The Hugo Observatory) and Fulya Memişoğlu identify the different logics of integration that operate in two refugee hosting municipalities of Istanbul. 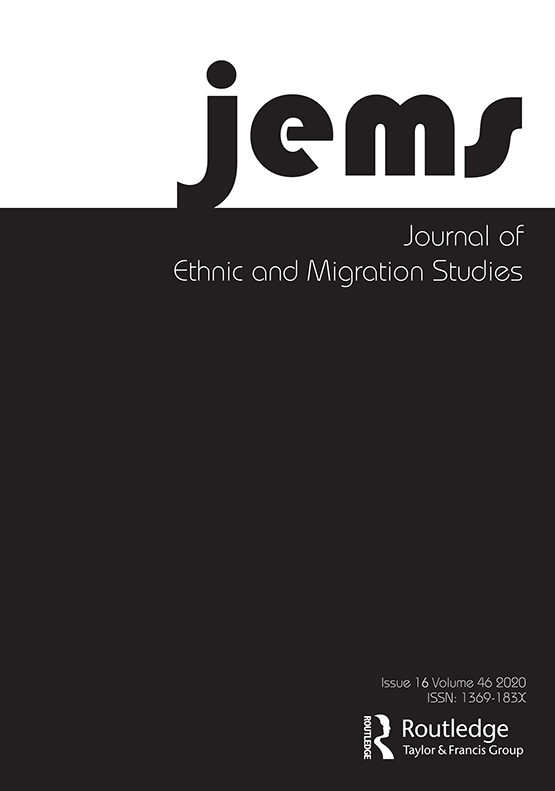 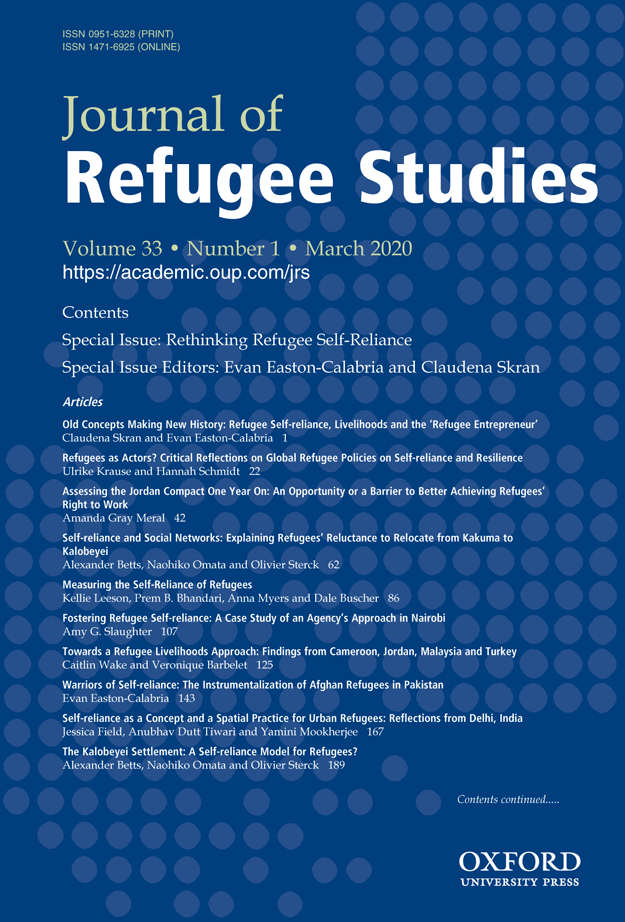 Refugee return and fragmented governance in the host state: displaced Syrians in the face of Lebanon’s divided politics

In this paper published on the Third World Quarterly, Tamirace Fakhoury discusses shifts in governing returns from the Lebanese state as the sole decision-maker to the dispersion of authority within competing structures.

The Urban Governance of Asylum as a “Battleground”: Policies of Exclusion and Efforts of Inclusion in Italian Towns

This article by Maurizio Ambrozini (UNIMI) argues that the governance of immigration, especially at local level, can be considered a “battleground” involving diverse actors.

Return aspirations and coerced return: A case study on Syrian refugees in Turkey and Lebanon

In this working paper, Lea Müller-Funk (MAGYC) and Sonja Fransen (UvA) highlight the difference between return aspirations and coerced return.

Reflective Practice and the Contribution of Refugee-Researchers

In this short piece, Veysi Dag (SOAS) reflects on his experience as a refugee researcher and on the frustrations experienced by refugees and asylum seekers when they speak with researchers. 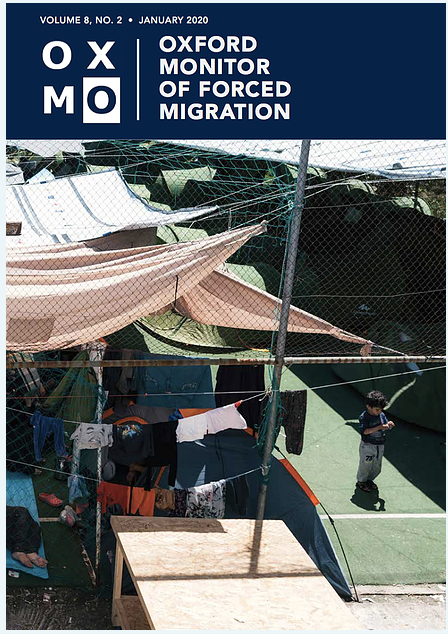 This working paper by Tamirace Fakhoury (LAU) illustrates how supranational actors’ agendas affect states’ behaviour towards refugees and asylum policy-making on the one hand, and refugee rights, on the other.

The Migration State in the Global South: Nationalizing, Developmental, and Neoliberal Models of Migration Management

In this article, Fiona Adamson (SOAS) and Gerasimos Tsourapas (Sciences Po) explore the “Migration State” in the Global South and extend the concept by introducing a typology of migration management regimes. 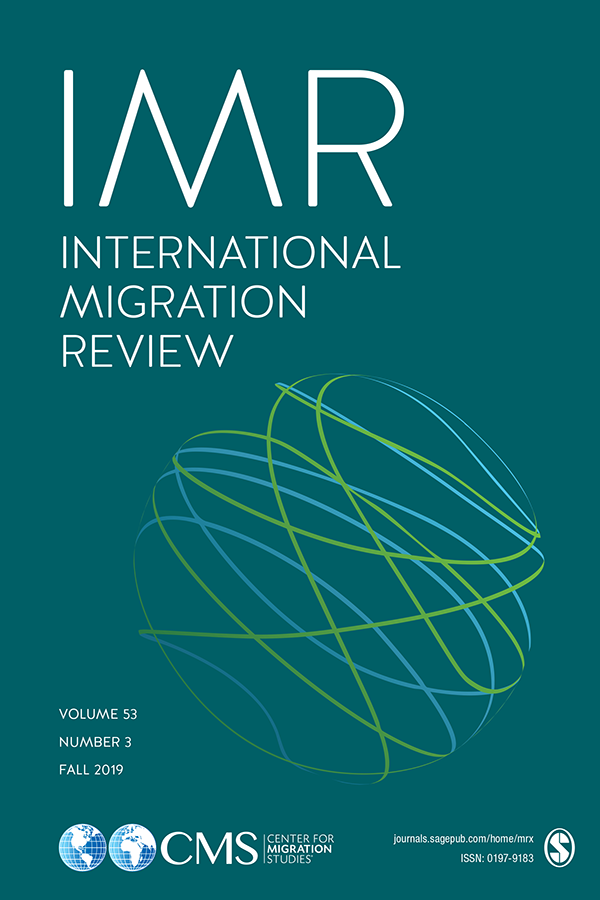 "The Syrian Refugee Crisis and Foreign Policy Decision-Making in Jordan, Lebanon, and Turkey”

In this article, Gerasimos Tsourapas (Sciences Po) examines the workings of “refugee rentier states” and critiques policy approaches that frame forced displacement as an opportunity for the economic development of the Global South. 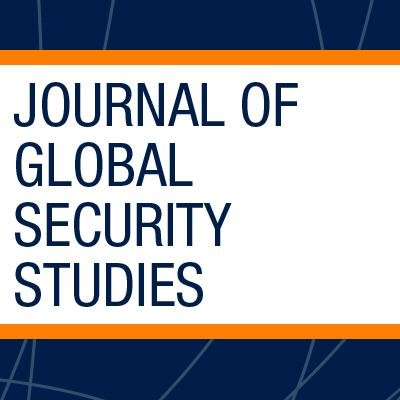 In this article, Fiona Adamson (SOAS) and Gerasimos Tsourapas (Sciences Po) argue for the utility of Migration Diplomacy as a novel explanatory framework for theorising the interplay between foreign and migration policy-making 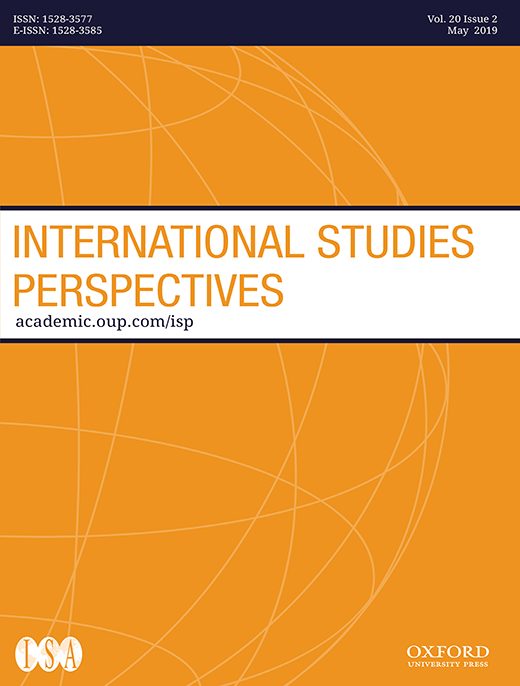 In this article, Christiane Fröhlich (GIGA) focuses on the Syrian Crisis and humanitarian protection gaps in Lebanon, Jordan and Turkey.